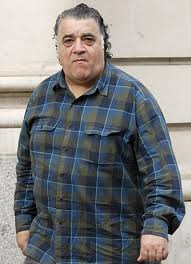 If you fancy popping along, it's in Court 7 from 10am each day. We are uncertain if 'chopper' will be there, but no doubt his sidekick, sorry 'solicitor', John Mair will be representing him.
Posted by stevem at 00:00

A very interesting update.So Jafari is looking for a barrister to represent him.Surely John Mair could just find the relevant certificate if he is a solicitor in Scotland.I suppose we will just have to wait and see who represents him at the next hearing in September.

Just when we thought this story could not get anymore ridiculous.....

I don't think Mair is really a solicitor. perhaps the Judge sussed that.

Blimey, it's true! John Mair is registered with the Law Society of Scotland. That company name and address look very familiar. Well, just goes to show anyone can be a solicitor if they do the exams.

Still begs the question why he couldn't demonstrate his credentials in court - presumably he has been in court before and should know the drill?

he doesnt seems to a solicitor....he should be charged..